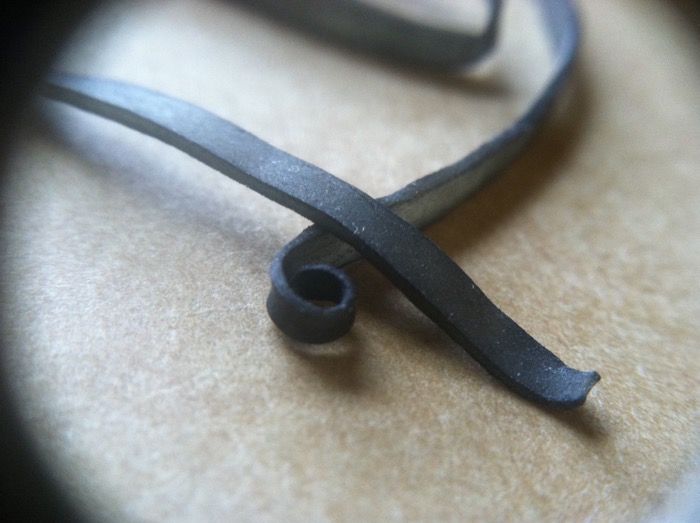 Imagine holding a dozen wooden baseball bats under your arm, day and night, for the next ten years. And how about if, once a week, somebody yanks a bat out from under there? Or jams another two in? Such is the life of a rubber band keeping a bunch of pencils together. It holds on, it holds on, it holds on, and then, the moment it can give no more, we toss it. (Tying a knot never works. Forget about that.)

The Palomino Kum Long Point pencil sharpener has a hinged plastic lid, and after you open and close it a few hundred times, the damn thing breaks off. A rubber band is the obvious solution. An Amazon reviewer even suggests this. But none of the reviewers mention how disgusting the rubber band gets. After a year or so working with graphite, your rubber band will go from tan, to grey, to black. And something about graphite on rubber gives it a limp, grimy feel, like a sick worm.

But the thing keeps the lid on–still does its job, so you leave it on there, until you’re sharpening a pencil one Tuesday afternoon and you think to yourself, Someday, this will break. And, five seconds later, it does.

How do you pay tribute to something so small? Something that worked so hard?